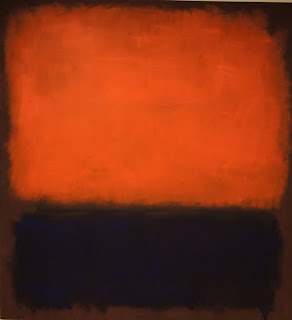 So let’s say there is a guy, and this guy’s name is X. Let’s just make it up: his name’s X. And X is having a stressful morning: one of those mornings where everything feels heavier and louder and where things that are unimportant seem obnoxiously and dangerously important.

And X is on the bus, and it’s crowded. And people are making big fusses when they’re having difficulties finding a spot to stand or trouble disembarking. And X just hears these people’s sighs and their tongue clicks of discontent more loudly. In a word: everything to X simply seems so more pained, more intense.

And when he gets to the train station to take the train to work, things are not better. As the train pulls up, all the people on the platform just box each other out in front of the train doors that are about to open, and there seems to be a dearth of sympathy in the air. And the announcements are grating.

Are you imaging X? OK, so now let’s suppose that after X gets on the train, a very crowded train, he doesn’t sit down but stands, holding on to a pole, and when the doors of the train finally close, he leans his forehead against that pole. The train is packed and there are other people holding on to this very same pole, but X has managed to find a free spot to rest his forehead. And the metal of the pole is cold. Nevertheless, X closes his eyes and there, among all the people and their chattering and their silence and the noise of the train, he recites an Emily Dickinson poem to himself, eyes closed.

And he likes this poem so much -- this prayer, almost -- that he recites it to himself one or two more times after he has disembarked the train and is walking the few blocks he must go to get to work.
Posted by Chad Smith at 11:20 AM