Anyone ever ask you over breakfast if you had any dreams during the night? Here was my response today.
Posted by Chad Smith at 10:01 PM No comments:

Nice chess win (I have the black pieces)

Here's a game I'm proud of. Reason being, I have been studying the King's Indian Defense for some time now, and here is a well played game in that opening. My favorite move of mine is 15. ... Bxg4. It may not have been a perfect move, but it broke up my opponent's attack and allowed me to start applying pressure with my own pieces. Enjoy! 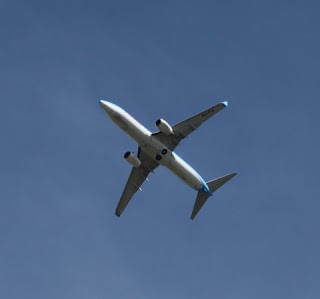 I remember I used to have this psychologist; his name was Gary Mandel. Dr. Mandel -- that's what I called him -- was awesome. He was one of the first psychologists I had a connection with, and he helped me immensely.

I remember one day in one of our sessions Dr. Mandel and I began talking about the girlfriend I had at the time. She was German and lived in Germany, and I asked Dr. Mandel what he thought of long-distance relationships. Without much hesitation, he said he thought that they were ill-fated.

I'll never forget that. Not his opinion, but that word, "ill-fated." It's not a word that's used that often, but at the time, though I didn't want to admit it, I thought his word choice was quite apt.

The funny thing is, in the end, distance wasn't the thing that led to the end of that long-distance relationship.
Posted by Chad Smith at 1:29 PM No comments: