Here in Hamburg it’s not an uncommon sight to see poor people begging for money in the subway. These down-on-their-luck folks usually ask pretty politely if they can have a bit of change. They also ask if anyone might have some food or empty bottles that they can return for the deposit.

My attitude toward these people ranges. If I’m in a good mood, I might give a little money. But more recently, I haven’t been giving much. I’m not sure why, but that’s just the way it has gone.

Today, however, I had to give. And it wasn’t even really my decision. Let me explain.

I had been inside a subway car, by the exit doors, doing whatever on my cellphone, when all of a sudden I looked up. Standing before me was a man -- he must have been 20 to 25 years old -- who looked South American. He was barefoot and his feet were filthy. In fact, much of him was just…black with dirt. His hands were dirty and covered in dirt, his pants were dirty. But his feet, those were the worst. They were covered in a dirt that was so opaque it looked like soot. He was making his way through the subway car and he had just stopped in front of me.

I remember that the second I saw him, I said to myself, “Oh, no,” as in, “Give me a break. I don’t feel like dealing with this now.” But then something moved me. It literally felt like it moved me. The next thing I knew, I felt myself reaching into my pocket while saying something under my breath like,  “This guy, wow…,” just some kind of half complete thought like that. I found a 2-euro piece and before I knew it had placed it in his hand.

But again, it felt like something had completed this motion for me, because I didn’t just place the coin in his hand, I pressed it, as if to say, “Dude, take this. Take care of yourself, man.”

What was really touching, though, now that I’m thinking back to this whole experience, was the man's expression when he saw that the coin was a 2-euro piece. It was a look of thanks mixed with surprise, with a tiny, tiny bit of awe in there.

I was happy that I had given the money to the man, and I didn’t even feel self conscious after having done it, even though there were a lot of people around me. But again, it felt more like the driving force that was behind the action was more external than internal.

Today I was pretty mad at someone and I just channeled my feelings into a poem. Below is that poem.

You better start drafting your mea culpa to me.
Your apology better be an endeavour that you take seriously.
I want to hear you're sorry and I want to hear what for
And if you're not contrite
I want to hear from you no more.
No more hesitation
No more I don't know why
Save it for the corner
When you cry.
So grab a piece of paper
Find yourself a pen
Mea culpa. Got it?
Beginning. Middle. End.

Because It Touched You

Last week, while doing a menial task at my desk, I decided to listen to Linkin Park's last album on Spotify. Now, I have to say, though I recognize that Linkin Park is a good band -- I saw them once and they did rock -- I never really liked them. Which makes the conversation I had with myself while listening to "One More Light" all the more unusual. All I can say by way of giving you some context is that the music was definitely making me feel nostalgic, which is kind of weird, because I always tell people I know that I simply don't feel any nostalgia for the early 2000s.
At any rate, here is that inner dialog:

--That’s really weird: it actually hurts a little bit when I think that Chester Bennington is dead.
--Why, though? Really, he’s just a celebrity.
--OK...But why do I actually feel something?
--Dude, it's because his music. Though you may not have realized it, it really touched you. It touched you, Chad. That's why you feel it.
Posted by Chad Smith at 6:33 PM No comments:

"I Died For Beauty" 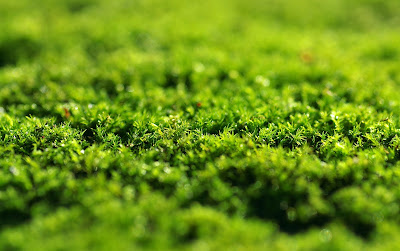 You know, it’s crazy how much you can discover if you try.

For the longest time, I had been familiar with the poem “I Died for Beauty” by Emily Dickinson, but I never really could quite get past the first line:


What did Dickinson mean by that? That beauty was scarce? I didn't get it.

Then yesterday I had another look at the poem and finally noticed what she was saying. It's easy to see once one realizes that the poem's first line continues on in the second:

Ah, so after she died for beauty -- whatever that might mean, but OK -- she scarcely had had a chance to get adjusted to her new home, the tomb, before something happened. That something, of course, provides the substance of the rest of the poem.

Let’s have a look.

I died for beauty, but was scarce
Adjusted in the tomb,
When one who died for truth was lain
In an adjoining room.

He questioned softly why I failed?
“For beauty,” I replied.
“And I for truth,—the two are one;
We brethren are,” he said.

And so, as kinsmen met a night,
We talked between the rooms,
Until the moss had reached our lips,
And covered up our names.

OK, pretty cool. I kinda got it. These “people” in the tomb were after two things, “beauty” and “truth,” and they died in pursuit of them.

But I still felt I didn't understand the poem all that well,  so I went to a blog about Emily Dickinson poems called "The Prowling Bee." There, I learned that the nucleus of "I Died for Beauty" is actually a line from the John Keats poem "Ode on a Grecian Urn"

“Beauty is truth, truth beauty, — that is all
Ye know on earth, and all ye need to know.”


OK, even cooler. But now I had a new idea to think about. After forming my own thoughts on the Keats line,  I texted it to my girlfriend, as I still wanted more input. I liked her response so much I thought I'd post it here.

Of the Keats line, she said:

I like it, I guess, cause it seems to me that the meaning is cooked down to the very essence. The structure of the quote is very simple but then there is a lot to think about. So this little quote brings you to a deeper layer of sensing, feeling, knowing…


Pretty cool -- her comment and the line, and the poem...all of it. As I said, it’s crazy how much you can discover -- about writing, about people's thoughts on writing, whatever -- if you try.

Posted by Chad Smith at 7:45 PM No comments: