So in Germany, they have these waterbirds called Haubentaucher. I’m not sure if we have them in America. Their body shape, more or less, is that of a duck’s, but their distinguishing feature is the spiky hair on their head. It looks like they are sporting a mohawk.

Anyway, today as Martina and I were walking along a canal near my house, we saw two Haubentaucher in the water. The first thing that I noticed about them was that they were very close together. Also, it looked like something was on one of the birds, perhaps a baby.

"Is that a baby?" I asked Martina. Though she initially said no, on further inspection we discovered that indeed, a Haubentaucher chick was hitching a ride on one of its parents.

“Wee!” Martina said, as the baby slipped off the adult bird’s backs and into the water. The baby was just a tiny little thing and its head was striped like a zebra.

“Holy shit, is there another one?”

This time Martina told me I was right. Peeking out from the wing of the other Haubentaucher was another black-and-white head.

Then the cutest thing happened. The first baby that I saw crawled back onto his mother (or father) and tucked himself under his (or her) wing. It tucked itself in there so good it was no longer visible.

“Holy shit, did he just go under the wing?”

“That is really, really cute.”

After Martina and I said adieu to this little bird family, I said to her,  "Wow, so that really is where the expression ‘to take someone under your wing' comes from."

“Yeah, we have that too in German, 'Jemanden unter seine Fittiche nehmen.'"

“Yeah, like, to show someone the way, to be their mentor.”

Last night I dreamed that I was in some kind of post office. I say “some kind” of post office because the place felt more like an art-supplies shop, but let’s call it a post office for now. I was there because I wanted to mail a piece of artwork I had made. But there was a complication. One of the fittings that was to be used to keep the framed painting in place was made by the company Daum. Daum, you should know, is a French manufacture of decorative glass. I personally have  no idea why the fitting would have been made by Daum, but it was. Anyway, when I asked a post office employee who was behind a counter how much the painting was going to cost to ship, he said that it was going to cost a lot more than normal--three times more--because of the Daum fitting. Ultimately, the employee asked another worker if he could check in the back to see whether or not the shop had a basic fitting that could be used instead of the Daum one.

It’s a strange dream, I know. How to explain the Daum thing...Well, my connection to Daum glass is my mom. She loves it and knows a ton about it. So there ya go.
Posted by Chad Smith at 2:55 PM No comments:

I was walking along the canal on my way to the basketball court when I took note of two women who were opposite me and walking in my direction. The women struck me as an odd pair. One was old and dressed in a woolen Chanel suit, really spiffy-like. Her companion was younger, in her late 20s, and wearing sport clothes that would be suitable for an evening jog. The younger woman was pretty, but her face was scrunched up like she was upset. The women were surely together--that is, they knew each other--but were looking in opposite directions as they walked.

On my way back from the basketball court, I saw the women again. This time, I was walking along the canal in the direction they initially had been walking, and vice versa. The younger woman was now on the phone. She was talking loudly, and as she passed me, I heard her say this into the phone:  “I am in no mood” and “this evening.”
Posted by Chad Smith at 3:36 PM No comments:

Here's a game I love. Why? Well, my opponent thought it would be a good strategy to move as fast as he possibly could throughout the entire game. Sorry, that didn't work. Also, a few weeks ago, I spent some time studying how I could improve against the opening that's played in this game, the English Attack variation of the Sicilian Defense. This win was confirmation that my studying was worth it. 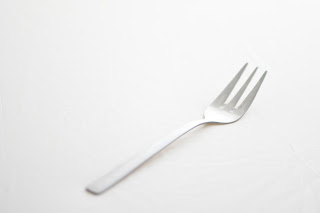 We were walking around the lake and talking about people who beg for money--or more specifically, we were talking about the illegal bands to which some beggars belong--and she told me this, she said: “You know, after the Wall fell, there were people from all around Europe who came to Germany because, well, yeah, now they were able to ‘ply their trade’ in Germany. Well, one day, one of these people came to my house when my family was having lunch. I think the man wanted to sell a carpet or something. Anyway, when my father got up to answer the door, he had a fork in his hand. The only reason why he had a fork in his hand was because he had been eating when the doorbell rang. So he opens the door and the guy is there asking him if he wants to buy a carpet, and my father says no and the guy immediately accepts the no. Well, these people who try to sell things to you are usually very pushy, but we all thought that the guy said no so quickly because, one, my father is a tough guy and, two, he was a tough guy with a fork in his hand.

When I first moved to Germany, I was waiting for my ex-girlfriend outside of a supermarket. Our dog was with us and the dog was not allowed into the supermarket. As I was waiting, I gave 2 euros to a woman who was sitting outside the supermarket begging. I felt bad for the woman. When my ex finally finished the shopping, I told her that I had given the beggar woman money. When she asked how much, I told her 2 euros. She then chastised me. “Chad, no, you don’t give those people 2 euros. Are you crazy? 2 euros is a lot of money. You need to realize that. Two euros is not two dollars; two euros is a lot.
Posted by Chad Smith at 2:24 PM No comments:

"Martina, ooh, ooh, ooh, ooh, ooh, ooh, ooh."
"It’s been a while since I heard that."
"Yeah, because my guitar’s tuned down."
"Huh?"
"The guitar, it usually has a certain tuning, but I tuned it down, which allows me to sing songs I wouldn’t usually be able to sing. Your song, it’s already low, so if I sing it with the tuned-down guitar, it’s really low. That’s why."
"Ah."

I have the black pieces. The game ends with fireworks. Very proud of this win.
Posted by Chad Smith at 2:30 PM No comments:

When I was younger, I liked He-Man. I mean, I liked a lot of different comics and comic book characters, G.I. Joe and Garfield included, but He-Man was my favorite. Funny enough, my favorite character in the Masters of the Universe franchise (of which He-Man was a part) was She-Ra, He-Man’s twin sister. I remember for one birthday, I had asked for She-Ra’s castle, which was, like, this big, pink Playmobil-like fortress.

At any rate, one after during the time when my interest in He-Man was very high--which is to say, one afternoon in in the late 1980s--my mom and I sat down to draw. I don’t remember what spurred our desire to draw on this particular afternoon, it was just something we decided we'd do. Anyway, I asked my mom at the start of the session if she could draw She-Ra for me. I still wasn’t at the point where I was able to draw well, and I knew my mom was better than I was, so I asked her.

When she was finished, I remember thinking that the drawing was amazing. My mom did the piece in colored pencils and I remember it being this vibrant, lifelike, exciting thing that really did resemble She-Ra, in all her glory.

What struck me, though, was that after my mom finished the drawing, she kept saying that it wasn't that good. I mean, I couldn’t believe it. There I was thinking that this thing, this drawing of She-Ra, was amazing, and all I can remember is my mom saying, “No, it’s really not that good, no." And she meant it! It just made absolutely no sense.

But then again, I was a child.
Posted by Chad Smith at 9:43 PM No comments:

Here's a funny story from many years ago.

One evening I broke curfew and got home about an hour late. My mom was sitting in the living room when I arrived.

"Where were you?" she asked.

I told her that I was out at a girlfriend's house.

Wanting to tease me a little, I guess, she replied, "Oh, really... What were you guys doing this late?"

I told her that we had just been hanging out, nothing special.

"Nothing special, huh?" my mom said. "Your shirt's on backwards..."

Immediately, I looked down. "No it's not."

Slyly, she looked at me and said, "Why'd you look, then?"