Have you seen that Netflix series "The Queen's Gambit"? Well, the chess website that I play on, chess.com, created a bot for Beth Harmon. I beat her at age 17, when, according to chess.com, she was rated at around 2400. It took me about 40 games to get a win. I have the white pieces.
Posted by Chad Smith at 11:39 PM No comments:

Another chess win against a "master." Granted, my opponent is a bot. But "his" score is 2450. I have the white pieces.

Martina jury-rigged a standup desk for me. She used an ironing board, an old photo album and two textbooks.

Posted by Chad Smith at 2:56 PM No comments:

One year I flew to Germany for a week so I could spend Christmas with my ex-girlfriend. The airport that I flew out of for that trip was Newark Liberty International. At the airport, I realized that the Swiss army knife that my cousin had gifted me was in my backpack. Instead of throwing out the knife—which was my first thought; after all, what was I to do?—I hid it outside the terminal, in some shrubbery near a designated smoking area.

When I got back from my trip, I had totally forgotten about the knife. However, as I was leaving the airport I remembered it. For a minute I thought that I would just let it go. After all, what were the chances that the knife was still there? But then, a little voice went off in my head: Come on, Chad, your cousin got you that knife. I listened to the voice and trekked over to the designated smoking area. The knife was still there. I still have it today.

Posted by Chad Smith at 1:43 PM No comments:

Chess Win Against a "Master"

My first win against a chess master. Of course, the "master" was a computer, but, still, it had a rating of 2200. I have the black pieces. 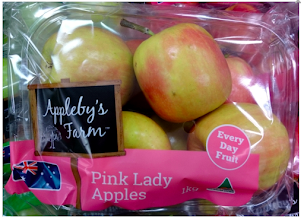 When I was growing up, I often acted like a smart-ass to my mom.

I developed this smart-ass attitude, I think, because my mom was a dominant person who was, for better or worse, always ready to teach me something.

One manifestation of my smartassedness was that I would often pooh-pooh my mom whenever she'd try to warn me about something.

For example, in the summer of 2002, I had just arrived at Jones Beach with some friends to watch Independence Day fireworks when my mom called me to tell me that I should leave the area immediately. When I asked her why, she said that she had been watching the news and there had been word that terrorists were "downloading pictures of Jones Beach."

Though this was around 9/11, I wasn't about to tell my friends that we should scram because my mom had heard unconfirmed news reports about terrorists "downloading" pictures of Jones Beach.

I told my mom not to worry—basically, I pooh-poohed her—and everything turned out fine.

Skip ahead many years. It's now March 2020, and my girlfriend and I are in New York, visiting my mom. Corona has begun in earnest, and my mom is glued to the TV. After hearing one particular news story, she has a new warning for me. She tells me not to buy fruit that doesn't come wrapped in plastic because, she says, "Teenagers are licking fruit!"

Apparently, some dumb teenagers had walked into a supermarket somewhere and licked fruit to stoke people's fears about contracting corona.

Also, during this visit to my mom's, she had another warning for me, and I'm going to tell you what it was in a second, but here's some background you need to know before I do.

After corona hit—like, really hit—my girlfriend and I wanted to cut our trip to New York short and head back to Germany. However, doing so was not that easy, and we had to visit the airport several times before we could get a flight—or even figure out what was going on.

Anyway, each time Martina and I would return to my mom's house from the airport, my mom would be scared of us because, according to her, airports were incubators for diseases like the coronavirus.

Also, my mom said, it was wise not to hang around airports these days as it was. Homeless people, she said, had been spotted at airports, posing as stranded passengers so airport staff wouldn't kick them out for loitering.

OK, so now let's return to the end of my stay in New York. Martina and I have finally gotten a plane ticket to Frankfurt and are slated to fly out of Newark Airport. The day of our departure comes, and we get to Newark without incident, but just before Martina goes through the turnstile for the AirTrain, a woman who had been hanging around the ticket machine slips in behind her, brazenly hitching a free ride.

Well, while on the platform waiting for the AirTrain, I have a closer look at this woman. She's wearing an ankle-length winter coat even though it's warm out, her hair is disheveled and her fingernails are caked with dirt, and her suitcase is nearly falling apart.

This woman is homeless.

As soon as I realized that this was the case, I had to laugh. I wasn't laughing at this woman's misfortunate, though; I was laughing at myself. Maybe I should have spent a little more time listening to my mom all those years. After all, all the proof I needed was right there in front of me.