I finally got to play that tricky sacrifice on d5 as White in the Sicilian Defense. I had had this sacrifice done  to me several times in the past and had always wondered about it. This time I was the one doing the slaying. The move I'm referring to is 16. Nd5. Enjoy.

Posted by Chad Smith at 9:04 PM No comments:

No Man Is an Island

So the famous English poet John Donne has this poem about how one man's death is never really just one death. Instead, Donne believes, one death is a death for all mankind. The logic is that we on this earth are all humans, are all brothers of sorts, so when one person dies, we should lament the death, not take it for granted, as the loss represents a diminishing of humankind, something of which we are all a part.

The poem, "For Whom The Bell Tolls," goes like this:


No man is an island,
Entire of itself.
Each is a piece of the continent,
A part of the main.
If a clod be washed away by the sea,
Europe is the less.
As well as if a promontory were.
As well as if a manor of thine own
Or of thine friend's were.
Each man's death diminishes me,
For I am involved in mankind.
Therefore, send not to know
For whom the bell tolls,
It tolls for thee.

Yeah, the poem is old, but it’s powerful, and even if you don’t know all the words, I think you catch the author’s drift.

I mention this poem because in the wake of Kobe Bryant's death, I can relate to it more than ever. Somehow I feel as though some part of me died that day, too. Perhaps all that died was my ability to live a little bit vicariously through Kobe; perhaps what died was my ability to see all the creative and interesting things Kobe had in store . . . I don’t know. All I can say is that in these times, I can relate to the John Donne poem very well.

I’ll close with another another set of words, but these ones from someone more contemporary—LeBron James.

At Kobe’s memorial at the Staples Center on January 31st, LeBron was asked to give a speech. LeBron and Kobe had been friends for many years and, LeBron, to be fair, was Kobe's successor to the title "the best player in the NBA."

I thought that what Lebron said at the memorial was exceptionally moving. My favorite part of the speech, though, is at the end, at the part that starts, "So in the words of Kobe Bryant . . ."

Here is what LeBron said:


Before I get started with this speech that I have, I want to acknowledge all the lives that were lost Sunday morning. Alyssa Altobelli. John Altobelli. Keri Altobelli. Payton Chester. Sarah Chester. Christina Mauser. Ara Zobayan. Gianna Bryant and Kobe Bryant.

Now, I’ve got something written down. They asked me to stay on course or whatever the case may be, but Laker nation, I would be selling y’all short if I read off this shit. I’m going to go straight from the heart.

The first thing that came to mind, man, is all about family. As I look around this arena, we’re all grieving. We’re all hurt. We’re all heartbroken. But when we’re going through things like this, the best thing you can do is lean on the shoulders of your family. And from Sunday morning all the way to this point — and I’ve heard about Laker Nation before I got here last year, about how much of a family it is — and that’s absolutely what I’ve seen this whole week. Not only from the players, not only from the coaching staff, not only from the organization, but from everybody. Everybody that’s here, this is really, truly, truly a family. And I know Kobe, Gianna, Vanessa and everybody thank you guys from the bottom of their hearts as Kobe said.

Now I know at some point, we will have a memorial for Kobe. But I look at this, I look at this as a celebration tonight. This is a celebration of the 20 years of the blood, the sweat, the tears, the broken-down body, the getting up, the sitting down, the everything. The countless hours, the determination to be as great as he could be. Tonight, we celebrate the kid that came here at 18 years of age, retired at 38 and became probably the best dad we’ve seen over the past three years, man.

Tonight is a celebration.

Before we get to play (yelling). Love ya’ll, man. Kobe’s a brother to me. From the time I was in high school, watching him from afar to getting in this league at 18, watching him up close. All the battles we had throughout my career. The one thing that we always shared was that determination to just always want to win and just want to be great. The fact that I’m here now means so much to me. I want to continue along with my teammates, to continue his legacy, not only for this year, but for as long as we can play the game of basketball that we love because that’s what Kobe Bryant would want.

Posted by Chad Smith at 2:12 PM No comments:

Be Careful What You Wish for...

How would you punctuate this sentence?

(A) Be careful what you wish for—you just might get it.

(C) Be careful what you wish for; you just might get it.

(D) Be careful what you wish for. You just might get it
Posted by Chad Smith at 4:13 PM No comments: 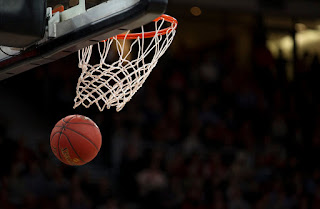 Yesterday, I showed up a little early to basketball practice. It usually starts at one particular time, but at that time yesterday, no one had shown up. I thought maybe because our team had had a game on Sunday, practice was canceled. But it wasn't. At about five minutes past the hour, my teammates started showing up. I'm glad that I stuck around and waited because I learned a lot yesterday at practice. Here are the things I learned:

Another nice chess win (with the black pieces)

Here is another nice win of mine, this one with the black pieces. I like this game because I was very patient and maneuvered my pieces very well, all the while keeping up the pressure on White. In my mind, White's biggest mistake in this game was his failure to play the crucial f2-f4 thrust sooner. After my rook forked his two bishops on his back rank (move 29), White fell apart. Enjoy.

Posted by Chad Smith at 2:38 PM No comments:

Here's a win of mine I really like. I like it because it's not the kind of chess I like to play and I still won.  (I'm White.) The moves I played in this game would be considered "modern," when I favor a more "classical" style. My favorite move is (28) Rook to d6. I feel as though that was a key move, one that helped secure me a clear initiative. Enjoy.

Posted by Chad Smith at 5:29 PM No comments: 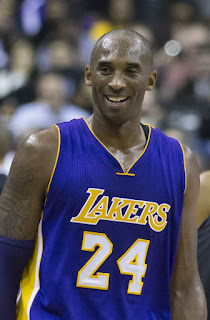 Last Sunday I had a basketball game with my team, the BCH Tigers. The game was in a small locality in the south of Hamburg called Hausbruch. Tipoff was supposed to be at 3:30 p.m., but when my team got to the gymnasium, a match between two young girls teams was still in progress on the court. This meant that my teammates and our opponents would have to warm up on an adjacent court. Both courts were separated by a partition that ran from the gymnasium floor to the ceiling, so we couldn’t see the girls game as we warmed up, but, I tell you, we sure could hear it. The game had gone into overtime, and the other guys and I were amazed at how many squeals and shouts kept coming through that partition.

Hearing those outbursts of excitement, I couldn’t help but be reminded of Kobe Bryant’s daughter and her basketball team. Over the last few months, I have stayed abreast of Gianna’s progress through comments that Kobe has made in the media as well as his Instagram posts.

Eventually, my team took to the court—and got whipped by our opponents. They were just more skilled and disciplined than we were, and the loss showed us just how much we still have to learn. Still, there were a few bright spots to the game. One was when I was guarding a player who was better than me and I didn’t “lose my feet,” meaning I didn’t jump prematurely. My actions ultimately forced my opponent to pass the ball. Another bright spot was after the game when some of my teammates, a girlfriend of one of them, and my girlfriend, Martina, all played a spontaneous and hilarious round of Knockout.

At around 6:30 p.m., I said goodbye to my teammates and left the gymnasium.  On the drive home, Martina and I sorta got lost. For some reason, the navigation system told us to get off the highway, which wound up being a bad idea because Martina and I then had to spend a good amount of time driving around, like, the badlands of the Hamburg shipyards before finding a route we recognized.

I must say that it is now surreal to think that at some point during this car ride home, Kobe Bryant and Gianna were killed in a horrific helicopter accident in California.

I’m not going to spend much time talking about what the loss of Kobe Bryant means to me. What I will say is that in my little world, in my little universe, I feel a modicum of peace knowing that on the last day of Kobe’s life, I was doing something that he loved.

Yes, Kobe was the basketball star of my generation, but I wasn’t really into basketball when he was playing. The last three years, however, are a different story. Over the last three years, I have gotten heavily into basketball and have come to love Kobe. In addition to what he achieved on the court, his enthusiasm for his new roles in life, after retirement, was infectious, and especially touching, I thought, was his involvement with Gianna and her basketball team. Just the other day, actually, I marveled at one of Kobe’s Instagram posts showing Gianna shooting a fadeaway.

Really, I can’t think of anything else to end this post with but a thank you. Thank you, Kobe, for your contribution to basketball. Thank you for challenging us to be greater than we ever thought we could be, even if we sometimes fail in the process. Thank you for your hunger, your passion, your creativity and your good heart.

Though I never knew you, I will miss you.
Posted by Chad Smith at 2:49 PM No comments: