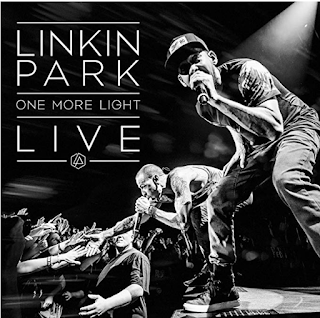 I just wanted to give a shoutout real quick to Mike Shinoda of Linkin Park because I think his writing on grief in the last few years has been really fresh.

Just take the song "One More Light," the title track from Linkin Park's final album. In 2015, an executive for Warner Brothers Records who had helped Linkin Park out in the early days died. As a tribute to her, Shinoda co-wrote "One More Light." However, in the song he doesn't blather on about how amazing this woman was or how much she is missed. Instead, he talks about the sense of defiance he feels at the hackneyed things people often say about death.

Specifically, Shinoda takes aim at people who, after someone dies, say things akin to, Who cares if just one person dies when there are so many billions of people in the world ("Who cares if one more light goes out in the sky of a million stars") or, Should we really spend time worrying about one person when a human being's lifespan is just a flash in the pan? ("Who cares if someone's time runs out if a moment is all we are.")

We know that these people's ideas on death don't resonate with Shinoda because he answers that central question, "Who cares if one more light goes out?" in the song: "I do," he says.

Wow. What a fresh take on grieving and what a way to give concrete form to a deeply personal idea.

The next song of Shinoda’s that I think shows the freshness of his writing on grief is “Over Again.” This tune, of course, is about Chester Bennington. But what makes it great is, just like with “One More Light,” Shinoda manages to attack the matter from a completely new angle.


To great effect, Shinoda zeroes in on the idea that when someone dies, that person is often still so present, and we still need them so dearly, that we keep remembering them, reliving them and, of course, saying goodbye to them. It’s almost like when that wave of grief hits, we are right there again at the graveside.

The message Shinoda is trying to convey is driven home even more with the repetition of the word “over" at the end of the last verse: “And all I wanted was to get a little bit of closure/And every step I took, I looked and wasn’t any closer/Cause sometimes when you say goodbye/Yeah, you say it over and over and over and over...”

So, yes, in each song Shinoda is talking about a specific person, but the tracks, I think, have found such a wide audience because they discuss the complex nature of grief and the ideas ultimately expressed in the music are, God knows, universal.
Posted by Chad Smith at 2:31 PM