It can be difficult when people we care about are our toughest critics. Enter my girlfriend. She’s great, but sometimes when I show her a piece of my writing, she says things like: “What’s up with all these ‘howevers’? You keep writing, ‘however’ this and ‘however’ that, and when you’re not using ‘however,’ you’re writing ‘though.’ ‘Though though though.’”

Um...OK, sweetie. What she doesn’t see is that for the story she is criticizing, I had to get up two times at 4 a.m. just to go speak with people who didn’t want to speak with me, to write an article they didn’t want written.

What I usually wind up doing when she criticizes my work, I ask her what kind of writing she likes. Her response: writing that is pure, that flows seamlessly from one sentence to the next, from one paragraph to the next, without the help of transition words.

Yeah, well, we all like that kind of writing, but it’s super hard to achieve there, sweetpea.

Anyway, the other night she and I had been thinking of going to a horror movie called “Dark Web.” Actually, it was more like I was trying to convince her to go. She had been on the phone with me, and had asked me to read the synopsis of the film to her to help her make a decision. Half way through my reading she stopped me and said: “Yes, let’s go. It sounds awesome, and I love the way it [the synopsis] is written.”

Well, OK, then. She loves the writing...She hardly ever says she loves any writing. Very interesting.

So. Below is Exhibit A, the synopsis she had been so fond of.  Let’s have a look at it to see why she might have liked it so much.

After finding a laptop, a young man goes online to play a game with five of his good friends. He shows them a mysterious folder that plays disturbing videos of people who appear to be in danger. They then receive an anonymous message that tells them they will all die if they disconnect or call the police. The planned night of fun quickly turns deadly as each user becomes the target of something sinister while the others watch helplessly in terror.

OK, yes, I see exactly what’s going on. First of all, every single sentence is in subject-verb-object order, which they say is often the clearest. Then, each sentence flows into the next without any transition words. Instead, pronouns (he, she, it, etc.) with clear antecedents (the actual noun the pronoun is referring to) do the connecting. Also, each sentence is fewer than 25 words, and that's the kind of length you want to shoot for if you're going for punchiness and clarity. 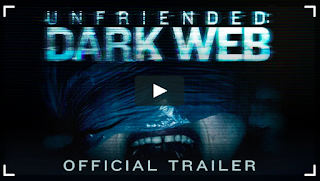 I don't think you overuse "however" or "though" at all. You seem to use them appropriately in your writings. She just doesn't like your style, which I feel usually paints an image or describes a feeling beautifully. A movie synopsis has to be concise and direct. That's the point. If she enjoys that kind of simplistic writing so much, just keep a few newspapers around and hand her the movie section.

Haha, you're funny. Thanks for the support--and the comment, of course. Keep them comin'.