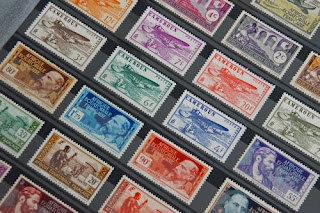 That was the slogan that my 3rd-grade opponent for student treasurer used.

I don’t think my slogan was the reason I beat Margaret. I think I was just more popular than she was. After all, she had entered our school in the third grade, and I had been there since kindergarten.

Still, after all was said and done, an older student, a fifth-grader, told me that I almost lost her and her friends’ vote when I said that, as student treasurer, I would try to create a student stamp-collecting club. This older student said that the fourth and fifth graders found my stamp-collecting idea so dorky, they almost voted for Margaret.

I was embarrassed. The stamp club hadn’t even been my idea; it was my mom’s.