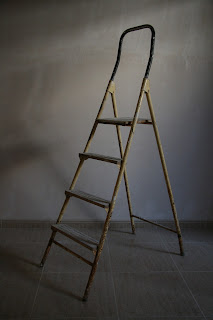 So last night I had a dream that I think Freud would have had a field day with.

The dream opened up with me riding in the passenger section of a carriage with my aunt and my mom. We were in Manhattan and the street we were on was made of cobblestones, which makes me think we were in SoHo.

Through an opening in the canvas covering of the passenger section, I saw that a woman had just stepped into the road, a few yards ahead of the carriage. It was clear that the woman was a prostitute. It was also clear that I was going to get out and have an appointment with her. But it was crazy because that was totally fine with my mother and my aunt. In fact, my aunt gave me 50 dollars to help pay for the rendezvous. I remember thinking that dollars was the wrong currency, even though dollars would have been perfectly correct if we had in fact been in SoHo. As I exited the carriage, my mom gave me 20 euro. “That’s more like it,” I thought.

In the street, I greeted the prostitute. I can’t remember exactly how she looked, but she was in her early 30s, she was white and she had dirty blonde hair that looked unhealthy. She was nice, though. She told me that she was going to take me to a hotel nearby and that I should prepare myself because it was not going to be a nice hotel.

She was right. As we entered the hotel, I thought, “What the heck is this place?” The reception area looked more like an area where one waits at a train station to get information. Agents sat behind glass windows and you had to be called to talk to them. I remember that groups of men as well as other prostitutes were in the reception area and deals were constantly being worked out, mostly about prices.

After a room was booked for us, the prostitute told me to follow her. At this point, I gave her the money. I remember that I thought to myself that she was going to throw the cash back to me, its not being euro and all. But she was happy to get the money. I thought that maybe she liked America or at very least knew a place where she could easily exchange the notes for euro.

After following the prostitute through the hotel, or what was presumably the hotel, we came to what looked like the engine room of a massive passenger liner ship. The walls were metal and painted white and I remember seeing a large red spigot handle attached to a heavy-duty pipe.

In front of the prostitute and me was a huge hole in the floor. In diameter, the hole was the size of a tractor tire. Looking through the hole, you saw a sublevel, which was about 50 yards below. Welded to the wall above the hole was a ladder. The ladder was painted white and continued through the hole and went down the 50 yards, to the floor of the sublevel. The prostitute got on the ladder and began to go down through the big circular opening. I watched her.

And now things got really crazy. After she climbed down about 10 yards, she looked up at me and began giving me instructions on how to “use” the ladder. She said that in order for the ladder to work properly, one must hold on to its rungs tightly—super, super tightly—and then lean back as far as one could, with all one’s weight. She proceeded to do this and as she did, the ladder, which I thought was welded to the wall, actually bent backwards with her weight, as if it were made of rubber.

I told her that I wasn’t going to do such a thing and after I said that, she leaned forward, making the ladder go back to its regular position. She then climbed up the rungs she had climbed down.

I told her that I was sorry, but that attempting such a stunt wasn’t worth it.

She said that she had another idea. The next thing I can remember, I was in an interior courtyard with this woman. It was quite lush back there and to our right were a series of adjoining apartment buildings. It was dusk and the prostitute and I were able to see into many of the windows of the building, especially those that belonged to apartments whose lights were on. The prostitute and I started making out. The making out was going OK, but it wasn’t fantastic.

The next thing I remember, I was alone in the courtyard. The prostitute was gone. I was alone and I was looking at people going about their business in the apartments. Some of the people were looking at me, too.
Posted by Chad Smith at 10:25 AM