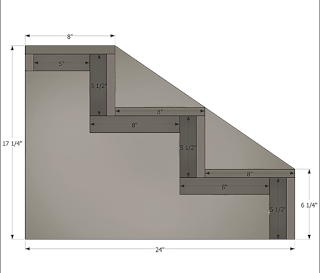 Keri once told me that her dad had once told her: “Keri, we’re what’s known as ‘house rich.’ That means, we may not have that much money, but we’ve got a nice house, and we own that house: it’s ours. So we’re ‘house rich.’”

At the time, I understood the statement, but I didn’t really care about it. Years later, I remember looking at Keri’s Facebook page and seeing pictures of her and her sister in the house that their father had spoken of. The house was completely empty. The father had died and Keri and her sister were in the house for I’m not exactly sure which reason. Honestly, it looked like the place was going to be sold and Keri and Kim had come to it to say “goodbye” or to remove a final piece of furniture.

The picture in question, at any rate, was taken in selfie style, meaning either Keri or her sister had been holding up the camera. I remember that in the background, you could see a lot of the house. It was a background I remembered. There were the stairs in front of the front door—stairs that, depending on which way you went, led to the den or the upper story; the entrance to the kitchen; the wall that separated the dining area from the kitchen; the hallway. Yup, you could see that small hallway from which one was able to access the guest room (first door to the left), Keri’s sister’s old room (straight on), the dad’s room (straight on and to the right) and the bathroom (first door on the right).