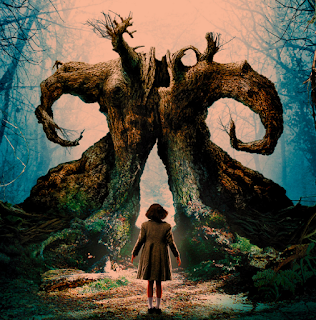 One Saturday night in February of 2007, I went out on a final date with a girl I had been seeing. I say "final" because, by that point, I knew that this girl's and my days were numbered, as I had met someone else in whom I was more interested.

Nevertheless, on this particular Saturday night, this girl and I decided to see a movie. At the time, I was often in Manhattan, as was this girl, so we settled on a movie theater near Lincoln Center.

The movie we saw that night was "Pan’s Labyrinth," a beautiful, sad and affecting tale about a little girl who lives in a highly oppressive environment, but escapes to a fantasy world, of which she may or may not be the ruler.

In addition to the great plot and the overall magical mood of the movie, another memorable aspect of it was its soundtrack.

One song on the soundtrack that stands out in particular is called "Long, Long Time Ago," and anyone who saw "Pan's Labyrinth" will recognise the song. It's a dramatic, spooky, heart-tugging little piece, and these days whenever I hear it, I almost think of it as a requiem for that relationship I told you about.